Uptree were proud to sponsor The Queer Student Awards for the second year running, this time under the ‘Rising Star of the Year’ category. The Awards are a spectacular celebration of young LGBTQ+ talent and allies. We’re so proud of Tabitha Rose Hughes for taking the win under our category.

The ‘Rising Star of the Year’ Award celebrates the achievements, and contributions to the workplace and the LGBTQ+ community, made by a young person. All finalists were either in employment or have completed a virtual work experience placement.

We were delighted to attend in person this year, following a virtual ceremony in 2021. The event was a fantastic showcase of LGBTQ+ industry experts, entertainers, queer influencers and young people from schools, colleges and universities across the UK. It provided a space to show our commitment towards positively addressing the adversity that LGBTQ+ youths experience every day. 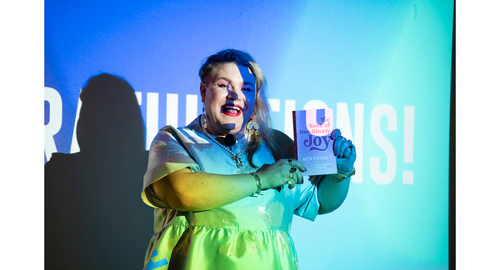 The event took place at Whitworth Locke in Manchester, following a hybrid model, with many tuning in to watch the livestream. The Awards were hosted by activist and author of ‘The Book of Non-Binary Joy: Embracing the Power of You’ Ben Pechey. Judged by a panel of employers, educators, industry experts and queer influencers, 14 winners were announced from 44 inspiring nominees.

In between the announcements we watched entertainers and heard an impactful keynote from Bobbi Pickard, founder of Trans in the City, an open collaboration between organisations to further inclusion of transgender, non-binary and gender diversity in business. Emma Miller-McCaffrey from Diversity Role Models also spoke on behalf of their charity partnership. The charity looks at embedding inclusion and empathy through education and role model storytelling. The Awards were able to raise an impressive £734.58 for the initiative. 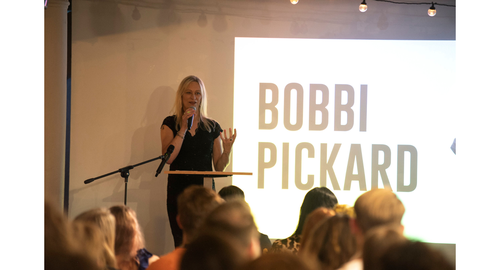 The Awards’ founder, Steve Keith, ensured the night was a huge success:

“After waiting nearly two years to host the Awards in-person, I was blown away by the inspirational entries that we received from all of our finalists. We may have just celebrated the 50th anniversary of Pride in the UK, but there's still a lot of work to do. I’m confident that this group of young LGBTQ+ people are going to be part of the change we need to see in the workplace, working to eradicate barriers to success often experienced based on sexuality and gender identity.”

The Rising Star of the Year

Having sponsored the ‘School/College of the Year’ category at the 2021 Awards, this year we were happy to sponsor a new category. It was so exciting to announce that the winner of our sponsored category was Tabitha Rose Hughes. Tabitha was described as “a wonderful human being doing incredible things through the arts, keep shining bright”. 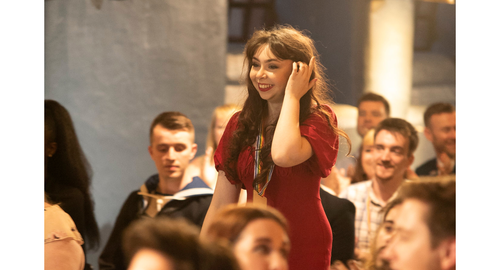 The theatre creative received the following feedback from the judges for her impactful work: “Tabitha took the initiative to reach out and secure an internship, as well as go above and beyond at educating the company on how to bring more diversity to their queer productions and make sure not only one queer community is heard. The company is beginning to commission female and trans talent as a direct result. That alone has the potential for far reaching impact into the community and society, not to mention the (working) lives of the commissioned artists.”

We've since been in touch with Tabitha who had the following to say:

“Receiving the Rising Star of the Year award really blew me away. As a queer working class woman, getting to do what I love and hopefully make a difference has always been an incredible personal achievement to me. The QSAs and Uptree were so incredibly kind to provide me with the most wonderful recognition for my work with a company so close to my heart, Emmerson & Ward. I'm so incredibly grateful and inspired to continue making positive change.”

We also wanted to shout out to the other shortlisted finalist of this category, Georgina Ayrton-Parker, who is making a huge impact as an apprentice at AstraZeneca. We were so moved to see someone representing the LGBTQ+ community from the very start of her career.

Watch the highlights from The 2022 Queer Student Awards.