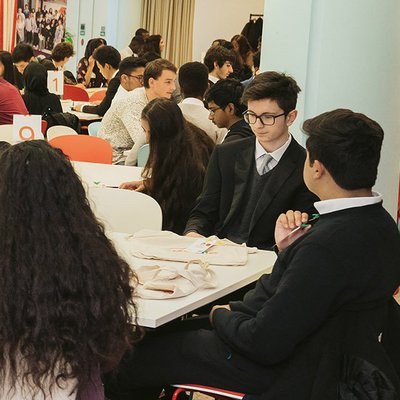 Arm is a global technology company based in Cambridge, focusing on products and solutions for the Internet of Things and Artificial Intelligence. Uptree has partnered with Arm since 2017, helping students find out more about careers in technology and showing how STEM subjects can be applied to real-world situations. They particularly target young women and students in low-income households, groups who often don’t consider a career in technology.

Getting girls into technology

According to a recent study by PwC on A-Level students, only 3% of female students say a career in technology is their first choice and only 16% of them have had a career in technology suggested to them, compared to 33% of male students. There is a lack of information in schools on what working in the technology industry involves and a lack of role models, which is what Uptree’s partnership with Arm is working to correct.

A taste of the real world

The events we’ve run with Arm include technology workshops, speed networking and group challenges. Team Arm volunteers are an essential part of these insight events. They are role models who give our female students the confidence to see themselves working at a company like Arm in the future.

During 2019, Arm volunteers engaged with 480 students face to face at 3 #FuturesUP events, 8 work experience days and at the Future Talent Awards.

We also delivered workshops and assemblies on Arm to 3,739 students in 39 schools across Cambridge, Manchester, Glasgow, Loughborough and Warwick. 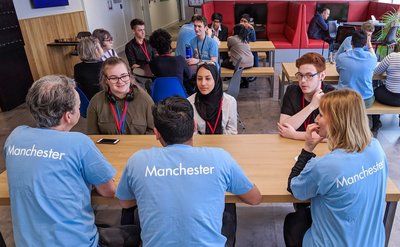 What our students thought:

You need to have female role models to feel like you can succeed in STEM. If you don’t have anyone that looks like you in a workplace then it’s harder to be in that field. It’s great to have days like this [at Arm] to find role models and realise that you can do this.

In school you’re just in a building and you don’t see the outside world and how your subjects in school apply to real life. Coming to Arm gave me this. I haven’t had these opportunities before.

An average of 77% of students attending events said they are definitely planning on applying to work at Arm in the future, with a further 22% saying they are considering it.

90% of students on average said the events were very or extremely useful in helping them understand careers in STEM.

75% of students said the events were very or extremely useful in improving their confidence when talking to professionals.

"Will I ever stop banging on about how amazing Uptree are? Probably not. If you’re an early-careers employer you really need to know!”
- Anna Malan, community and inclusion at Arm

Joshua Lowe won Young Coder of the Year and Student of the Year at the Future Talent Awards, sponsored by Arm, for his incredible work on EduBlocks.

Since then he has been included in Arm publications and became an ambassador for Arm’s Gen2Z programme, gaining an incredible amount of exposure for his work. We expect great things from him!

Join us and connect to tomorrow's talent

Back to Employers page